Laws of Nature at the End of Time 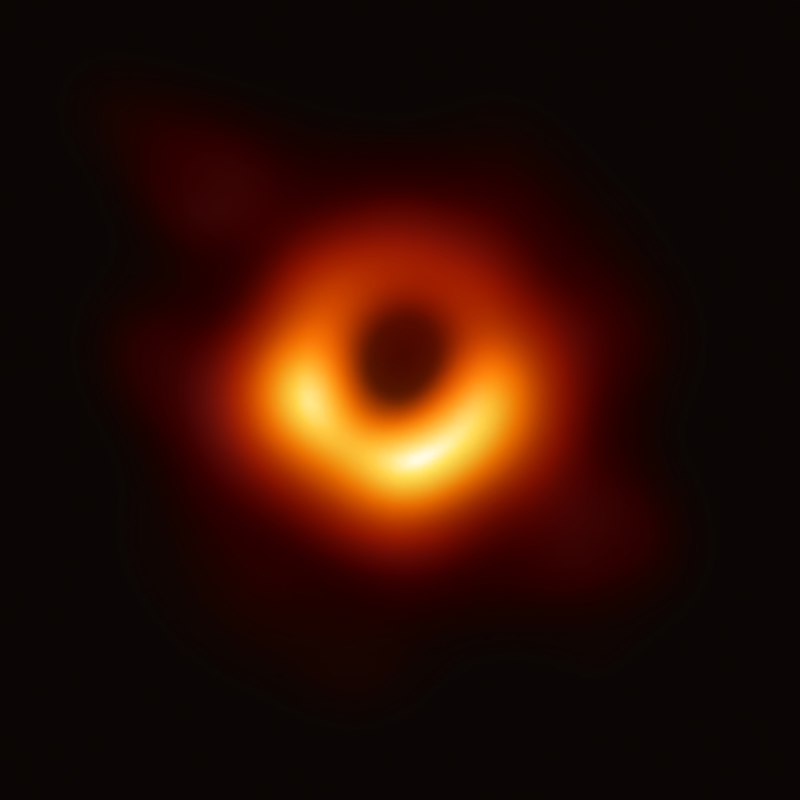 Natural Laws at the End of Time

Please, let the German-language letter be translated into many languages and be handed over to the right places.

Programmes 3 SAT.de: Emergency in the Womb and Scobel: Embryo Check

"More and more often, fetal surgeons succeed in saving unborn life through daring interventions. The baby's wounds heal much better in the womb than in an operation after birth.

A drop of blood is enough and the Praena test provides information about certain genetic changes in an unborn life. But is our society morally prepared to deal with the possible diagnoses? How (un)desirable is disabled life in our meritocracy?"

The trigger for this letter is yesterday's programme "Emergency in the womb" and the follow-up programme "Embryo check" broadcast on 21.01.2016.

Basically, I would like to make a few remarks, so that you, as the decision-makers about life and death or about the quality of life of an unborn human being and their parents or mother, will give serious and extensive thought to the natural laws of life and thus the cycle of life.

The laws of nature and the cycle of life also include the entire universe and thus the solar system, whereby Creation becomes additionally and clearly recognisable.

Astrophysicists and scientists or researchers have already asked themselves good questions and are searching for answers, for example, about the negative and positive points of attraction or the plus and minus poles of the passive and active forces of attraction or displacement forces in space, or they are trying their hand at a return to the past and much more.

They thus move in the footsteps of the history of Creation, which one can also enter as a human being on earth.

This can happen through "severe" mental illnesses, so that one can get back into one's own embryonic state and subsequently even "find oneself" in one's predetermined opposite pole (e. g. husband), but then a nervous breakdown will be the result.

Many people who are bound to the high-tech during the operation on the operating table and can report afterwards of a "paradise" and there are indeed great similarities and very exact colour memories of these experiences, can confirm that it is fundamentally about something more than just life on earth.

Even just where a human life begins and a heart starts beating independently, Creation is indirectly (not directly) coupled with the unborn life that has not yet seen the light of day.

As long as the embryo or foetus is safe in the womb, for natural reasons this life has the protection of the mother, especially through the assignment of the "position", because no one in the world is just a random product of evolution, but every human being is subject to a natural law and especially then this is valid when the human being has not yet been born!

This double safeguard of descent and belonging certainly remains eternally in a "database" of Creation or planning place, so that, for example, an aborted life or an unborn life that has died in the womb can leave the protection of the womb and become freely available, but underdeveloped and thus defective, and can fall into the wrong "hands" and then the imagined place of the unborn human being, its worldly assignment to its counterpart and the life achievement and legacy of this planned human being on earth is non-existent.

Also, this "position with database" (Creation) is more vulnerable and recognisable through this kind of return of a life, when something alien takes advantage of this return of life and especially when through the human spirit this abortion has been initiated and carried out by human hands, whereby the doctor has thus become an intermediary or stooge of something of which the doctor does not even suspect anything!

It is of course difficult when you, as a responsible doctor, have the patient or an expectant mother in front of you, who is asking or expecting help from you for her situation or for the situation of her unborn child and you are not allowed to help or cannot help.

Three different situations were shown in the above-mentioned film "Emergency in the womb", whereby one of the newborns would have been guaranteed to suffocate at birth due to the mouth cancer, but has now remained alive with a disfigured face to the satisfaction of the mother.

Another child would most likely have been unable to lead a normal life due to the "open back" and would have been born a "severely disabled person" without the premature intervention in his (her) unborn life.

In another situation, there were identical twins who were only supplied by a single placenta and a mutual supply connection resulted in a life-threatening situation for both of them.

In the last case described, fate determined the situation, in that no "middleman" using high technology ended or saved these two lives, which had previously also been connected to high technology, such as ultrasound and higher. But what should also not remain unmentioned are yesterday's recordings via TV and currently via internet/ mediathek/ satellite/, which have been published or can be shown or accessed via mediathek!

However, one thing clearly fell by the wayside in the two programmes mentioned; the question of the cause of the defective genes or the fundamental questions about the cause or causes!

The high number of affected people seemed to me as a layman to show an increasing tendency, so that there will be reasons or causes that probably change or attack the genes, which may have already happened in previous generations of the affected people.

Thus, one should first urgently look for the cause and not first look for ways to eliminate the problem, so that the increasing number of abortions and disabled people will be reduced or stopped!! !

There are thousands of different medicines on the market today, there are countless pesticides or additives for food today and there are countless flights in the higher spheres, whereby the X-rays in an aeroplane can have a higher concentration than beeing X-rayed, or there are also nuclear reactors that have fine cracks or faults but the leakage of atom cannot be proven, because winds alone can prevent this.

Drinking water could also have long since been contaminated with nano-organisms, whereby the brain in particular remains unprotected by any "membrane".

Thus, one should ask the affected people and their families in more detail in order to find out the causes, so that your "industry" does not become bigger and bigger, but so that mischief to the newborns can be reduced or limited.

.......... important and correct, whereby one must bear in mind that a miscarriage is usually determined by fate and that there is a special connection to the position without an "intermediary", but nowadays "diabolical intermediaries" from the circle of friends or acquaintances or, however, family circle or circle of colleagues can also ensure a miscarriage at this point.

However, even where life on earth begins and ends, one must ask about the responsibility of humanity on earth!

In this respect, my person would claim that the generation question is also the answer, which can arise as a further control possibility, which is needed, by means of "planning position", because if just alone one generation cannot set the right course for coming generations, in that almost all the values given to us have been "thrown overboard", whereby it were at least two generations, the next generations must inevitably run aground, in that these generations will then bear the damage, as probably the situations mentioned above also pointed out.

Serious thought should also be given to this crossroads of the old person's life, where life on earth comes to an end and where most people have already lost their memory or mind or are suffering from cancer or circulatory diseases, which was not always the case in these dimensions in the past either.

Here, too, there is a lack of research into the causes and here, too, a doctor or intermediary often prolongs life at an advanced age, changes it or ends it on the operating table via high-tech coupling.

Thus, one should be allowed to demand something from the old and older generations who, for natural reasons, bear the responsibility for the following generations, for example, by foregoing a very costly operation via high-tech at a certain age or in old age and then having to use these funds for people from the poorest areas of the world!

However, one could also put the cart before the horse, what means: action is taken differently than usual or originally thought; this decision is left to everyone's own discretion.

There in Africa or Asia, children are usually born quite healthy; only the means and the medical care to be able to stay alive, these vital means, are quite simply lacking and are often misappropriated in the rich countries of the earth, so that the cycle of life will also become shaky by those mass deaths, even if there may be different ancestries of the races!

It is incredibly important and right that a doctor should at least have an idea of what follows after life on earth and have a level of knowledge that at least includes the status of an unborn life, since every living being is involved in the ever-recurring cycle of life.

Thus, one should always consider in time in which status also the life of a human being ends or is ended, even if one as a doctor has no belief in God!

Especially those who have needed very high costs for their existence or life, although at the same time masses of people could have stayed alive from these costs, should stand up for the matter and the commission of the Lord, whereby it is always about finding the truth and the right for all.

The whole or "Monumental" matter has been going on for isolated persons for more than thirty years here in my home town, but "no two men and a dog" has yet spoken to me honestly and factually as a contemporary witness in the matter, whereas now there are already crowds of people, so that everyone will pay his or her bill accordingly!

In the case of jointly achieved success in the matter, one might also expect miracles as an appointed doctor, which have actually belonged to the laws of nature for over 2000 years and which will presumably later pass to the true clergy and thus capable of action.

So I remain with kind Regards,

HP: I may have to include this letter in one of my homepages! Of course, everything can become invalid from one day to the next, and that is when fate wants it...........!

I sincerely hope that you and other doctors are not overwhelmed or even shocked by this unusual letter.

(You are also welcome to laugh, but please do not forget to laugh at yourself and do not try to deny or ignore everything).

My person would also like to urgently point out, that the pocket money demanded from my person is immediately transferred to my current account, which I demand from the biggest "bandit", and in my opinion that is the Deutsche Bank, also so that I can invest part of the money in the matter and the commission well at the same time as you!

This in turn presupposes, that the hunger in the world has been ended; so also the worldwide "abortion story" and any form of embryonic experiments or stem cell connections, in order my person will be able to act in time!