Letters and Information: The letters are written for all humans worldwide.

To the Federal Ministry for Economic Cooperation 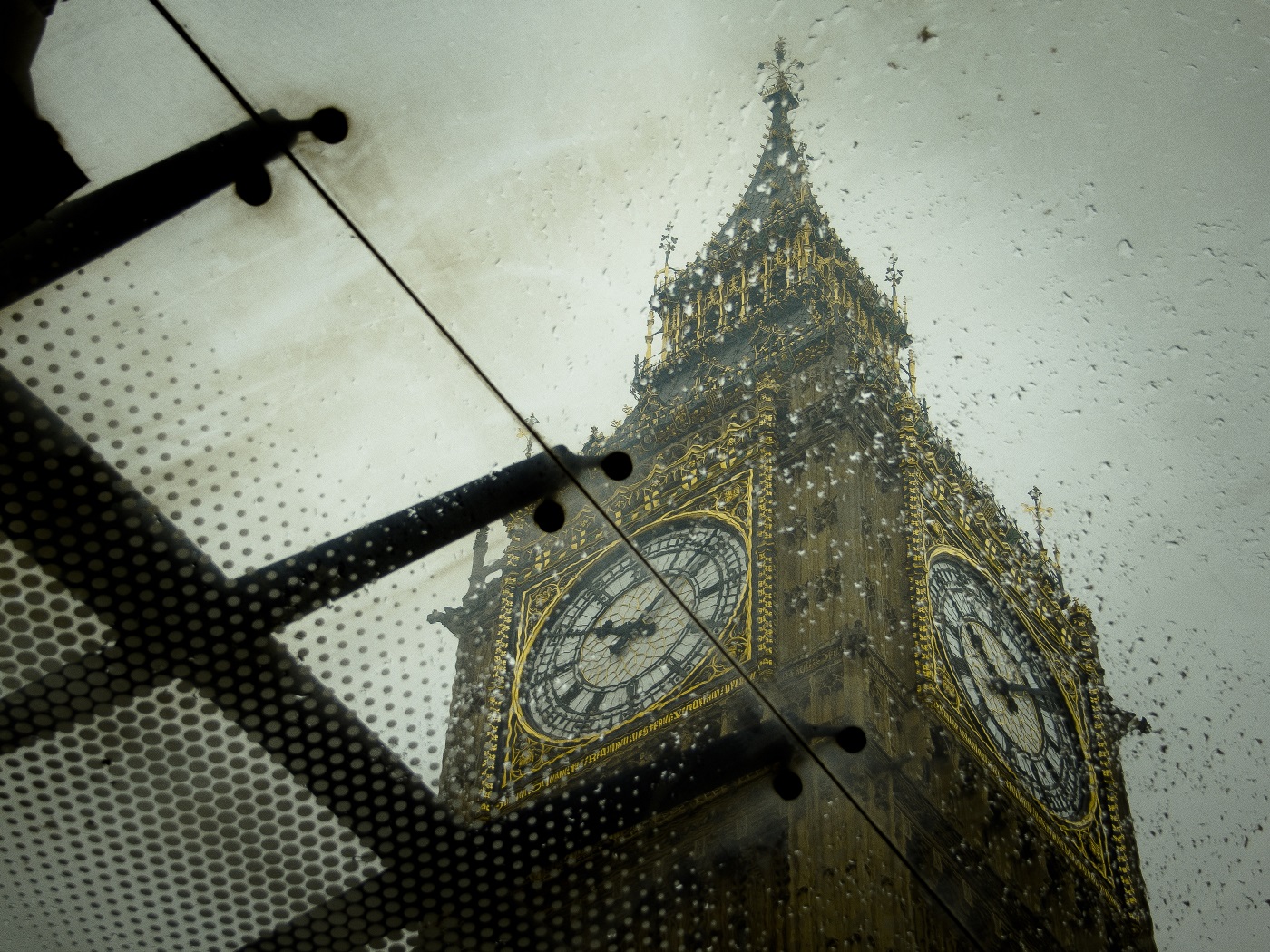 That German-language document you may find here!

As many Austrians have certainly been informed about the TV or any way*, there is a superordinate Empress, who you and your kind as well as the FRG wanted to let run along as a doormat by the way!

You and many others received another complete letter regarding the Vienna Opera Ball, which you and others are likely to have made fun of.

If anyone is allowed to make fun of somebody, it must be my person, and for good reason, in that you and others are unable to notice, whose feathers you are adorning yourselves with.

As if that wasn't enough, the opera house was also decorated with flowers again by using poor people those you also used as doormats!

You really dared to send the word "First Lady" via the TV-channel, you great would-be majesties, you!

Now it was said in the news, that the Opera Ball brought in around 1 million euros, or around 2 million DM, and converted into schillings, that is a respectable amount.

You and others wanted so much to be a first lady, or at least to get to know one.

You and others should got that!

The entire Austrian government members of the Opera Ball present as well as the entire group of addressees of the attached letter, such as the organizers of the Opera Ball and the people from the Hotel Sacher, who were contacted at the time, will immediately get on a plane with the brought in millions of euros and go to the exact location, where the wonderful flowers for the flower arrangements have come from.

Probably it is a place or a city in Ecuador and it will probably be a greenhouse, where the beautiful flowers are grown with pesticides.

There you will meet and get to know at least one first lady once in your life; others of them will probably no longer be able to work, because of the already developed skin cancer, caused by the use of chemical treatments on the flowers or those women have already died of cancer.

Especially these first ladies or a first lady you will visit and have to behave accordingly, you ....... sick majesties, you!

There you and your kind will reimburse these families and the women or men mentioned for the money, that these people earned from their own efforts.

Please keep part of it for a sensible restructuring of the greenhouses in question, by ensuring that these greenhouses are now turned into greenhouses, in which no chemicals but natural biocontrol, such as stinging nettle water and onions, are used.

Use the knowledge of professionals such as gardeners or farmers, whose could help you with this.

The greenhouses as well as the cultivation areas are intended to benefit the Latin American population through untreated fresh fruits, vegetables, herbs, grains and flowers.

In addition, find out about the entire environment in Ecuador with regard to the chemical mace, which are conspicuously common used there, and prepare a truthful report, which you will hand over to the government in Ecuador as a copy.

Now you and your like will have to earn your money retrospectively using the money available for the required implementation.

If you do not voluntarily obey, then my person will have befitting your`s rang hunting you to the right place with her Cudgel, as befits your status!

Hopefully for the very last time you have finally come to an end to decorate yourseves and others with strange feathers; now the wind should turn in the right direction! *

On this occasion, please hand over the guest list from yesterday's ball to the Austrian soldiers or to the police, who are hereby charged with checking the contents of all of these guests' wardrobes and immediately confiscating clothing, that is not appropriate for their class.

In future, you and others will please dress appropriately when you attend a ball and thereby learn to respect my person's status at the same time.

Incidentally, the wedding dresses have not been made for the civil class for many years, which can also have consequences for some persons responsible.

Since the above mentiond basically matter, the soldiers will stay in the living quarters of many majesties, whereby the real jewellery will also have to be handed over under notarial supervision by means of a delivery certificate at the same time.

Old family jewelery, which can be proven not to have been purchased by the owners in a jewelery shop as a decorative design, may be kept as a souvenir of the family; the opera ball guests, followed by everyone else, will also have to hand over all other pieces of jewelery.

The pieces of jewelery will either be given voluntarily or compulsorily due to the hardness of the Cudgel.

All chandeliers in private households must also be dismantled and confiscated immediately; hand-knotted silk carpets and similar valuables will have to be confiscated, if another search of the living quarters is announced.

My person wishes to have seen the last time across Europe on TV, that you and the likes of you would be driven up in a limousine or even in a carriage.

In future, you and others will get on a trusty bike, to get to your destination under yours own steam.

It is and were only your Empress's nerves that put you and others on the line; I don't even want to mention the Emperor and the King in this regard.

If my person reads her attached letter and then has to bear the sick Luebeck creatures every day, then my person could spit!

This attached letter has also been sent to various places in an English translation, which unfortunately can not be found anymore as a valuable document in my notebook.

This translation cost the Empress a lot of effort, like many other letters, and so you and others are asked to request all the documents, that deal with the entire cycle of life from various sources.

All of these documents were written with fear of being taken away by sick people from Luebeck, who were demonstrably confronted with Monumental-Incidents through my person, and brought to the psychiatry, which has also happened once;  and just for this reason they are to understand also considered valuable documents.

Read the letters over several times, until you can understand the contents.

If necessary, ask people who have remained healthy to explain the letters to you, and then pass the letters on.

Should anyone attempt to knowingly misinterpret the content, the expression or the letter style in any way, to change it or to write letters in the name of the Empress, then my Cudgel will certainly strike back on such a cheap ……… ..!

If the situation were not so serious, you and others would not receive a single letter of mine.

Federal President of the FRG, Federal Government of the FRG, organs of the Federal Government, the most important international organizations, the United States, the European Union, the ambassadors of many states, the ambassadors of foreign states in Berlin, the Catholic Academy of the Hamburg newspaper publisher "Neue Kirchenzeitung", the Roman Catholic bishops of the FRG, the Evangelical Church EKD, the schools, doctors, veterinarians, churches and the Luebeck Health Office, veterinarians in Austria, the radio and television companies, UNICEF and the law firm F. and colleagues, Mr. G. F., lawyer and notary, 23568 Luebeck, Roeckstrasse 38, Prinz Martin, Auto Prinzen, Luebeck etc..

Otherwise some letters were sent to universities, banks and business people.

Not every letter is intended for the public, but should be communicated to the public as an existing document.

It is only now that I am aware, that some people from Luebeck will have settled them on the higher law for twenty years, others perhaps only after fifteen years, ten, five or two years or a few months, a few weeks and days.

Almost not a single so-called person would have voluntarily confessed, whiat has also become quite obvious.

King Juergen has to do already fifteen years with this Luebeck Fie ……. , Emperor Diethard had to be fooled by these Fie ……… .. for six years, but what this pigsty has allowed itself with the Empress, is no longer comprehensible and excusable, even if there will be a few people among them, whose will have beared their cross voluntarily.

As an Austrian you will find out at times, how my person had to deal with such a base folk* ………, provided that the Empress’s health was sufficient.

If the same spectacle should be repeated in other cities and states, then they will already know in advance, what is to come up for such a people.

The Empress gives you three months to clear all castles across Europe.

We are living in the third millennium, where by means of a line of succession by (usually by crimes against humanity) * ancestors, who fought a battle or killed a lion centuries ago in order to be blessed by the Church, which was at that time measured with an imaginary nobility, the people/ descendants * still today ** come to an imaginary throne. *

Please provide the current residents of the castles with a residential house, but in the event of disobedience due to a refusal to evacuate the castle, it will then have to be a rental apartment.

All titles, that lack any true basis, will have to be removed from all family registers within the three months, also, so that such a Vienna Opera Ball can no longer be repeated.

Note: You will give the true Authorities what is desired. Even with failure in the matter and commission of the Lord and Creator, as well as through death, you and those like you will not have to disregard the higher law and not to change it or to prevent it!

To this day, no one has been found to confirm, what has become quite obvious. This means, that the content of this letter is up-to-date again and will have to be included a tit-for-tat response that has become necessary.

A possible controlled deletion of the memory of contemporary witnesses can actually be ruled out, which my person had to take into account by such behavior of the folk.

Attention: The castles of the world are needed almost exclusively for extremely important groups of people.

The first of these important groups of people are people from psychiatric hospitals or drug addicts, as already demanded and justified, whose should immediately move to the castles worldwide, which must be used as meaningful * rehabilitation accommodations!

One of further world-heritage pages:   www.publicare.one